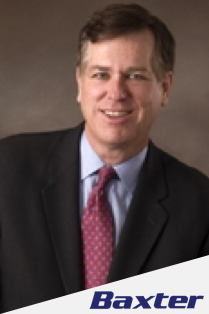 Harry Kraemer, former CEO and Chairman of Baxter International, and currently a professor at Northwestern University, is interviewed on the CEO Show with Robert Reiss about the principles of business leadership. Kraemer talks about his role as a CEO, the essence of which is captured in his statement, “It’s all about the team, rather than about you”.

Kraemer also talks about his philosophy of life, an integral part of being a business executive. This philosophy he explains is built around four concepts: self-reflection, balance, true self-confidence, and genuine humility, each that are elaborated in the interview with Reiss. Later, Kraemer identifies his sources of new ideas and his view of risk taking in business. Although spending over 20 years in Baxter International management, Kraemer provides insights about business ethics that transcend the medical products and services industry.

Now teaching at Northwestern University’s Kellogg School of Management, Kraemer has the distinction of being a recent “Professor of the Year”. Kraemer is also the author of the book, “From Values to Actions: The Four Principles of Values-Based Leadership”, a work inspired by one of his students.